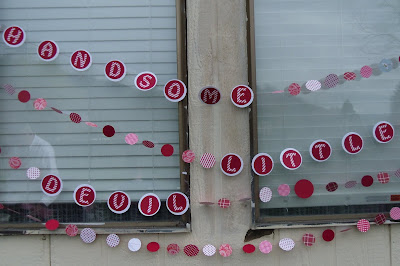 I have such a handsome little devil. We couldn't deny it. So instead, we celebrated it on his birthday! 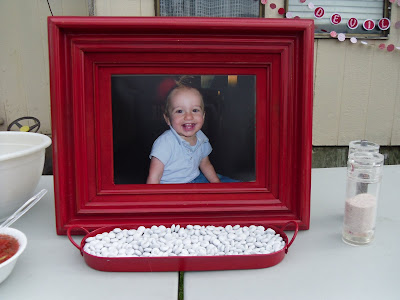 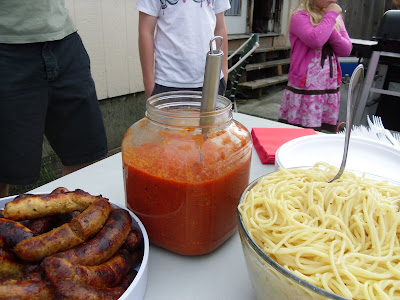 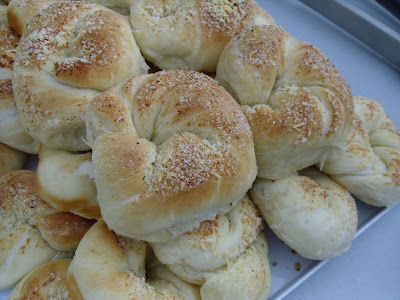 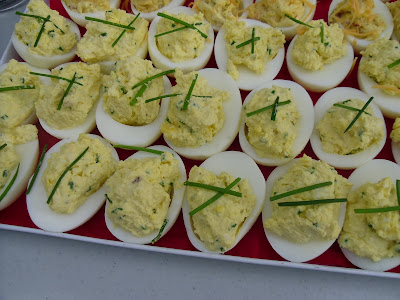 (Deviled Eggs. Haha! I crack myself up!) 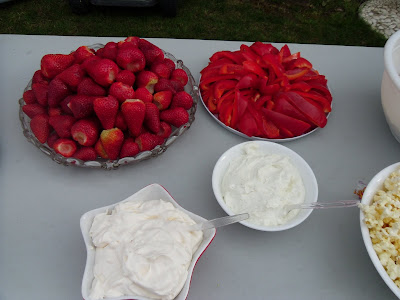 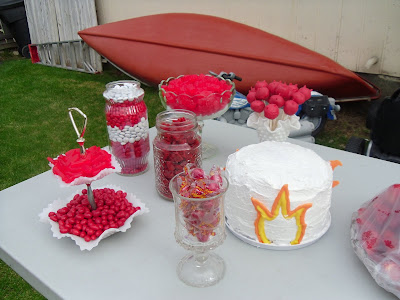 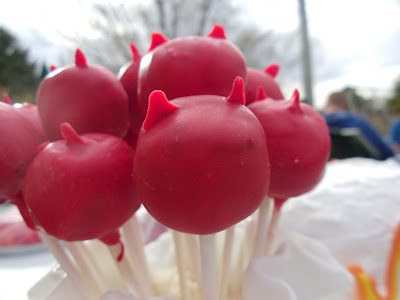 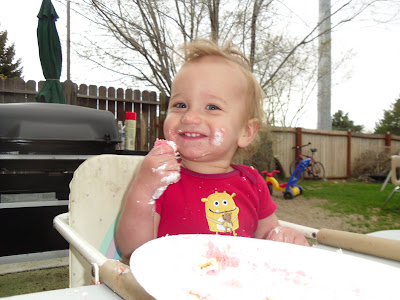 My handsome little devil is so much fun. He loves to play. His favorite game right now is to hand something back and forth. He hands it to you, you hand it to him. He laughs a lot, then hands it to you again. It can go on and on and he never gets sick of it. He loves to wrestle too. It's so funny how a tiny baby can love to roll around and pretend to fight. He's such a boy. Spencer was thrilled when he got his first boy toys for his birthday so he doesn't have to play with princesses and pink tiaras anymore. He knew just what to do when he got his first car and started pushing it right up the hall. My favorite thing about Kimball right now is what a little snuggle bug he is. When he sees you he gives a huge smile and starts crawling toward you as fast as he can. He usually doesn't make it before he just has to stop and get a hug, so he ends up hugging the floor. It's pretty funny when he's far away because he ends up stopping to hug the floor a few times. Mostly he's just a mama's boy though and sits around on my lap. He has three words now. MamaMama, DadaDada, and NahNah. We thought he was trying to say Inara because he only ever said NahNah when he was playing with her, but now we realize he's saying No No because he's great at shaking his head while he says it. Kimball is getting really adventurous too. He's always getting into the cupboards, crawling out the door to eat some dirt, and sticking his hands in the fish tank. He can even crawl up onto the couch and back down now. I can't believe how grown up he is. (I even had a good cry about it a few weeks ago.) I'm just sure that he is going to grow up into the greatest boy in the world. And even though I want him to stay a baby forever, I can't wait to see the awesome man I know he'll be. 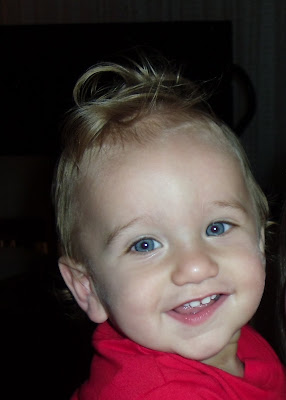 He is SO BIG! What a cute party! LOVE your deviled eggs and pops! :)

You're not kidding, that boy is goooood lookin' I see another hookup in our children's future. At least now we have 2 shots. If Jaxon and Aliah don't work out, we'll really put the pressure on Hazel and Kimball. :)

He is so cute! I showed Joe the last picture and he could tell it was a Behrend child but not which one. I told him it was Kimball and he said "he looks to big to be Kimball". He is really starting to look like Inara and Spencer. It looked like a great party. I really liked the banner.

That was an awesome party! It was so good to see you guys :)

What a cure little party!

HE IS ADORABLE! How lucky are you to have such a sweet angel! The party looked fantastic! I love'd the theme!

Blogs That Keep Me From Doing the Laundry